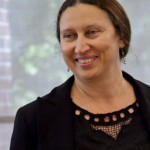 MALS is proud to present “Women and Madness,” taught by Dr. Leila May.  Reading assignments for this course will involve a number of well-known women writers who deal with the ways in which gender, race, sexuality and class intersect and function in the construction of identity, and, in particular, female identity.  In the nineteenth and twentieth centuries the production of identity was often chronicled by writers of fiction who showed that it was haunted by the threat of what was seen by many individuals in power (scientists, social theorists, physicians, politicians, husbands) as an innate disposition toward madness–a propensity that, according to them, posed a menace to the very fabric of civil society.  In the chronicles of the fictional and non-fictional texts that will be examined in class, this “female malady” was as often imagery as it was real, and when real, was often imposed upon women by its very diagnosticians.  Primary readings will include, among other works, Charlotte Brontë, Jean Rhys, Charlotte Perkins Gilman, Margaret Atwood, Sylvia Plath, Marge Piercy, and Toni Morrison.  Secondary readings will be in part determined by the interests of the class as a whole, and will be drawn from a range of disciplines, including psychology, history, philosophy, sociology and feminist and contemporary literary theory. 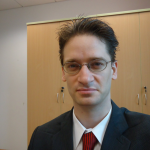 MALS is proud to present “Religion, Disaster, and Development” taught by Dr. Levi McLaughlin.  Across the world, when disaster strikes, religious organizations are frequently the first to offer emergency assistance.  These groups open the doors to their churches, mosques, temples, and other facilities to house survivors and care for the dead, and they mobilize their adherents to provide aid and gather crucial resources.  And, long after international NGOs, government agencies, and other organizations wrap up their assistance, religions remain at the disaster site to care for the bereaved, memorialize victims, and contribute to community reconstruction.

In this course, students will read the latest research on the intersection of religion and disaster, analyze primary sources, and take advantage of documentary films and other records in order to understand the role of religion in disaster and post-disaster development.  Throughout the semester, students will focus on a number of case studies of recent calamities – including Hurricane Katrina, the 2004 tsunami disaster in Southeast Asia, the 2010 Haiti earthquake, and the 2011 disasters in Japan – to consider a number of key topics.  These include 1) how the experience of responding to disaster shapes religious organizations and the religious dispositions of disaster-stricken communities, 2) the rise of faith-based aid organizations globally and ramifications of their participation in disaster relief – often in cooperation with non-religious aid providers. 3) how nominally secular aid organizations (such as the International Committee of the Red Cross and Médecins Sans Frontières [Doctors without Borders]) adapt to serve the needs of communities in which religion plays a defining role, and 4) what analysis of the intersection of “religion” and “disaster” reveals about the meaning of these two categories, and what reappraisal of these categories might mean practically – in terms of formulating policy, proposing legislation, creating plans for disaster preparation, and understanding religious cultures in which disasters loom as constant threats.